A Message From Our Leadership On Antisemitism

We are deeply troubled by the war of words regarding Jews and Israel that has broken out within our political sphere. We believe that the words we are hearing from leaders on both sides of the political spectrum are dangerous and demand a clear response.

We unequivocally condemn the pro-BDS stance espoused by Democratic Congresswomen Omar and Tlaib. The BDS movement advocates not only for a boycott of Israel, but for a one-state solution — that state being Palestine. Make no mistake — the BDS movement seeks the destruction of Israel and is blatantly antisemitic. We have little doubt that the trip these two congresswomen planned to Israel was designed to cause trouble. However, we believe even more strongly in Israel’s power as a democracy to withstand criticism. While Israel has a right to deny entry to anyone it chooses, its decision to revoke the right of entry of these duly elected members of Congress at the behest of President Trump has created a partisan divide within our country that is both harmful and unnecessary. Israel relies on the support of America for its security and prosperity, and until now, that support has been overwhelmingly bipartisan. By denying their entry, Prime Minister Netanyahu has amplified the minority anti-Israel voices of Congresswomen Tlaib and Omar which are far from representative of the Democratic party, giving their words and sentiments much more traction than they deserve. This shortsighted decision has done more to turn Israel into a partisan issue than Congresswomen Tlaib and Omar ever could have done on their own. Should Israel lose the support of the Democratic Party, the consequences will be devastating.

Similarly, President Trump’s statement that supporting Democratic candidates constitutes disloyalty to Israel, the Jewish people, and America is wrong and dangerous on a multitude of levels. To question the loyalty of any American Jew whose political convictions are other than his is not only untrue; it is another effort to make the Jewish community and Israel partisan issues and to further divide our community. Historically, the accusation of Jewish split loyalty has been a virulent antisemitic trope that has led to violence, and we fear that these words will have similar consequences. With the rise of white nationalism plaguing our country, these words have the potential to lead not only to division, but to bloodshed.

Our tradition teaches us that God spoke and from those words, the world was created. Words have great power, and words from those we trust to lead us can both create and destroy. As such, we must condemn all speech that seeks to use our Jewish community and homeland as wedges in partisan politics; the consequences could be deadly.

It is on us to speak out and demand that all of our leaders, no matter where they fall on the political spectrum, do everything in their power to both protect Israel and take bold action against the BDS movement, antisemitism and white nationalism.

Furthermore, as we enter the month of Elul during which we search our souls and take an accounting of our deeds, let us look honestly at our own complicity in dividing our community. Let us rise above our partisanship and recognize that more unites us than divides us. Let us work toward coming together in word and deed so that we can each do our part to keep our community and homeland safe and strong in the New Year.

Wishing you a peaceful final few days of summer, 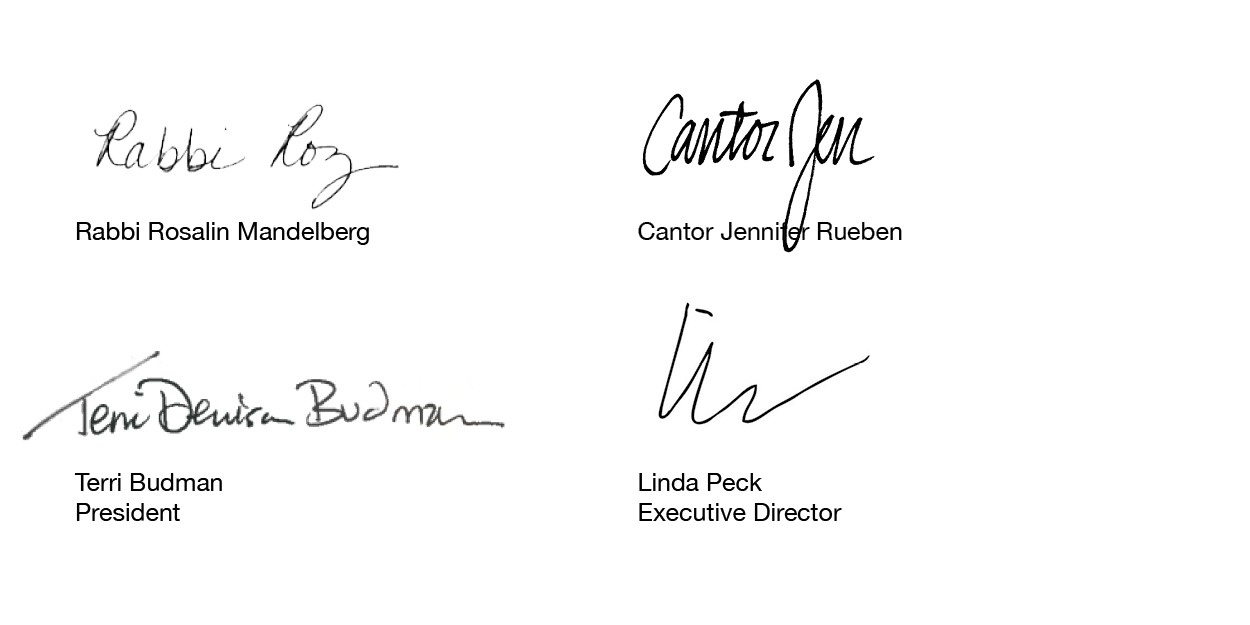