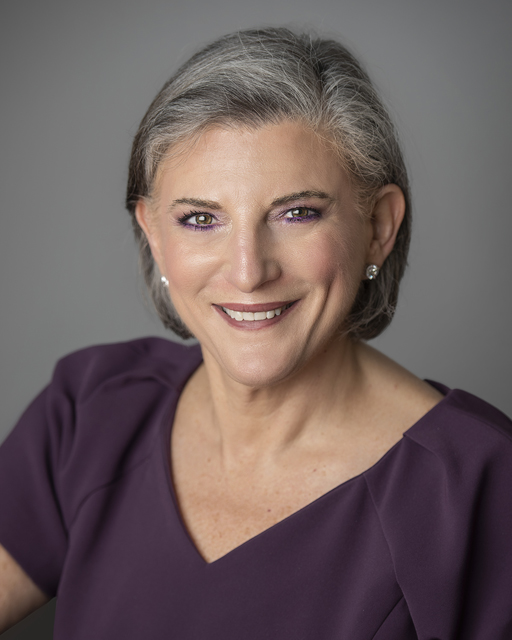 A few words about my vision for Ohef Sholom Temple. . .

As a rabbi and a human being, I live by my daily declaration in the Sh’ma, that I serve God and my community with the fullness of my heart, my soul and my mind. So, the success of my rabbinate has been based on my love for Jewish traditions, wisdom and values and upon my respect for the dignity of every human being. With compassion, openness, flexibility and humor, I intentionally choose to meet others where they are, to connect with them personally, and to draw them nearer to Judaism and to a Jewish way of life and practice.

My love for Judaism and the Jewish people comes from my roots in a wonderful and varied Jewish home. My father, a Holocaust survivor, and my mother, a sabra, imbued in me not only an amazingly rich cultural and ethnic Jewish identity and a love for the state of Israel, but also a tremendous responsibility to do all that is within my capacity to strengthen our people everywhere. They modeled for me the need to speak out against injustice wherever it exists, to create opportunities for education, and to foster a love for Judaism among Jews and non-Jews alike.

During my many years in the rabbinate, I have been blessed with wonderful opportunities to actualize the values I have described. I have worked collaboratively with co-clergy and professionally with temple staff and lay leadership in three unique synagogues. One of the things that attracted me to Ohef Sholom Temple, Baltimore Hebrew Congregation and Westchester Reform Temple was their shared commitment to transforming their educational programs and worship opportunities and to creating truly welcoming and caring communities in which congregants and clergy share in the sacred and just endeavors of taking care of the community’s needs. To recruit, engage and retain the youngest to the most mature members of the congregation, I work hard to develop and sustain dynamic, vital programs. I am most effective as a teacher, a preacher and as a life cycle officiant, where I am able to make profound and enduring connections and to allow people to appreciate life’s blessings and prevail over its challenges.

Today, I am privileged to lead and grow with Ohef Sholom Temple as its senior rabbi. In partnership with the congregation’s leadership and members, I do the sacred work of teaching and learning with children, adults and families, and of sharing Judaism’s wisdom as it applies to our daily lives and the world around us. I work determinedly to reach Jews by birth, Jews by choice and inter faith families to create a community where each of us participates actively in Jewish life. I embrace worshiping together as one community, joyfully and meaningfully reaching and inspiring congregants through a range of relevant and challenging sermons that convey Judaism’s teachings to people of all ages. With our members, I develop hands-on social justice programs where we can act upon our commitment to feed the hungry and clothe the naked. Finally, I am blessed to be a true part of our congregants’ lives at each of their significant life passages as counselor, guide, teacher and friend, as their rabbi.

My husband Marty Mandelberg shares enthusiastically in my love of Judaism and my commitment to the Jewish community having spent his adult life in its service. Like me, he also has a passion for teaching young people in religious school and enjoying the fellowship of temple life through activism in Men’s Club, Sisterhood and other communal associations. At Ohef Sholom, we are grateful that both of us have found a sacred community where we can be full participants, partners and leaders in this vibrant and caring congregation.

I welcome the opportunity to meet you and to work and grow together with you for many years to come. 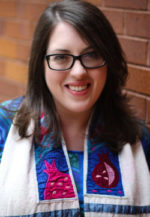 Cantor Jennifer Rueben was thrilled to join the clergy team at Ohef Sholom in 2017. A native of Richmond, she has taken a long path back to the Old Dominion, by way of Maine, Minnesota, Massachusetts, Israel, and New York. She is so excited to be back home in Virginia and to serve the Ohef Sholom community. Cantor Jen was ordained at Hebrew Union College’s Debbie Friedman School of Sacred Music in May of 2017.

Cantor Jen bases her clergy work on building relationships. Her teaching is focused on using creative means to find the ways that Judaism can enhance our lives throughout the life cycle. She takes a special interest in b’nai mitzvah and is committed to helping each student to create an experience that is both challenging and meaningful. She cherishes the time she spends with each student, teaching them to chant Torah and lead the community in prayer and exploring the many facets of their Jewish identity.

In addition to teaching b’nai mitzvah, Cantor Jen partners with Rabbi Roz to create warm and spiritual worship services, teach the 10th Grade Confirmation class, offer various educational opportunities, and provide pastoral care to the congregation. She is grateful to do so with the support of OST’s amazing leadership team and dedicated professional staff. She is especially fortunate to work in partnership with music director Chuck Woodward to craft the music at OST.

Before arriving at OST, Cantor Jen earned a degree in opera performance from University of Florida. She received certification in Jewish chaplaincy from Miami Jewish Federation’s Refuat HaNefesh chaplaincy training program. In her time at Hebrew Union College, she focused much of her attention on her thesis work, learning the ways in which music can play a role in fostering and strengthening Jewish identity in children. She served West End Temple of Neponsit, NY. She is a songwriter and looks forward to sharing her music with the OST community. In her spare time, Cantor Jen loves to cook and spend time with friends and family.

Cantor Jen is looking forward to getting to know you, so please come by and visit!

We Can Make A Difference Together.

To read additional articles by Cantor Jen on her experience at the detention center in El Paso, TX, click on the publications listed below. 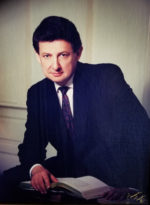 Rabbi Forman was born and raised in Seattle, Washington and received his B.A. from the University of Washington, in Seattle, and an M.A. from Case Western Reserve University in Cleveland, Ohio. Ordained at the Hebrew Union College-Jewish Institute of Religion in Cincinnati, Ohio, Rabbi Forman received an M.A. in Hebrew Letters, and Rabbinic Ordination from the Seminary. His Rabbinic Thesis is titled: “Some Philosophical, Psychological and Ethical Elements in the Writings of Erich Fromm”. In 1987 he was awarded the Doctor of Divinity degree by the Hebrew Union College-Jewish Institute of Religion. In 1993, the Rabbi received his earned doctoral degree from Boston University’s School of Theology in Philosophy and Religion. His Doctoral Thesis is titled: “Those who make Teshuvah are called the Children of Abraham and Sarah,” and deals with the issues of Conversion, Intermarriage and Finding a place for the non-Jew in today’s Synagogue.

Rabbi Forman has served Ohef Sholom Temple with distinction as Senior Rabbi for more than three decades. He has held Emeritus status since November of 2000. He has been active

on many community boards and Governor’s Commissions and has received numerous awards and honors, including the National Conference for Community and Justice Award for outstanding Interfaith and Communal Service. Both the Congregation and the Rabbi have worked hard on educational, liturgical, ethical, theological and communal projects, not only for members of the Temple, but also for the entire Hampton Roads community and the Commonwealth of Virginia, including the Eastern Virginia Medical School and the Howard and Georgeanna Jones In-Vitro Fertilization Ethics Committee. The Temple Religious School has been named in his honor.

In 2001, and 2002, Rabbi Forman served congregation Ner Sholom in Woodbridge, Virginia, in a one-year position as Interim Rabbi, ministering to their special needs as employees, friends and relatives of the September 11, 2001 horrific attack on the Pentagon and the World Trade Center by Muslim fanatic terrorists, guiding their religious school, adult education and interfaith programs.

In 2002, the Rabbi returned to the Veteran’s Hospital in Hampton, Virginia, as an intermittent Chaplain. At this time, he also concluded negotiations with Old Dominion University in Norfolk, Virginia, regarding the establishment of the Institute for Jewish Studies and Interfaith Understanding. With the help of key individuals, including Charles Cooper and Dr. Roseann Runte, President of ODU, he assisted in raising $750,000 to begin the program. Currently, the Institute is embarking on ways to draw the Christian Community and others into the Institute’s programs and activities. A goal of $3 Million has been proposed so that permanent positions can be established in the areas of Jewish and Christian Studies, lecturers brought in, a tele-tech-net program and web site can be implemented, and outreach can be further extended to the current faculty and into the community. ODU already has a Middle-Eastern and Islamic Studies program, and it is felt the Institute for Jewish Studies and Interfaith Understanding will complement such other programs.

In 2003, the Rabbi was named Director of the Institute for Jewish and Interfaith Studies at ODU. His position draws him into Recruitment, Fund Raising and Teaching. His popular course, “The Evolution of Jewish Thought” draws many students of all faiths. The Rabbi also teaches Philosophy 150, “World Religions” and Religion 311, “The Hebrew Bible in English.”

In June 2004 Rabbi Forman was asked to return to active ministry at Ohef Sholom, where he served as Interim Senior Rabbi for thirteen months, until the arrival of Rabbi Mandelberg. On July 1, 2005, he resumed his status as the Congregation’s Rabbi Emeritus. Rabbi Forman is proud to be part of this excellent team and to continue his dedicated and devoted service to the Congregation and its members. Rabbi Forman can be reached at the Temple office (757) 625-4295 or on his cell at (757) 373-1733.